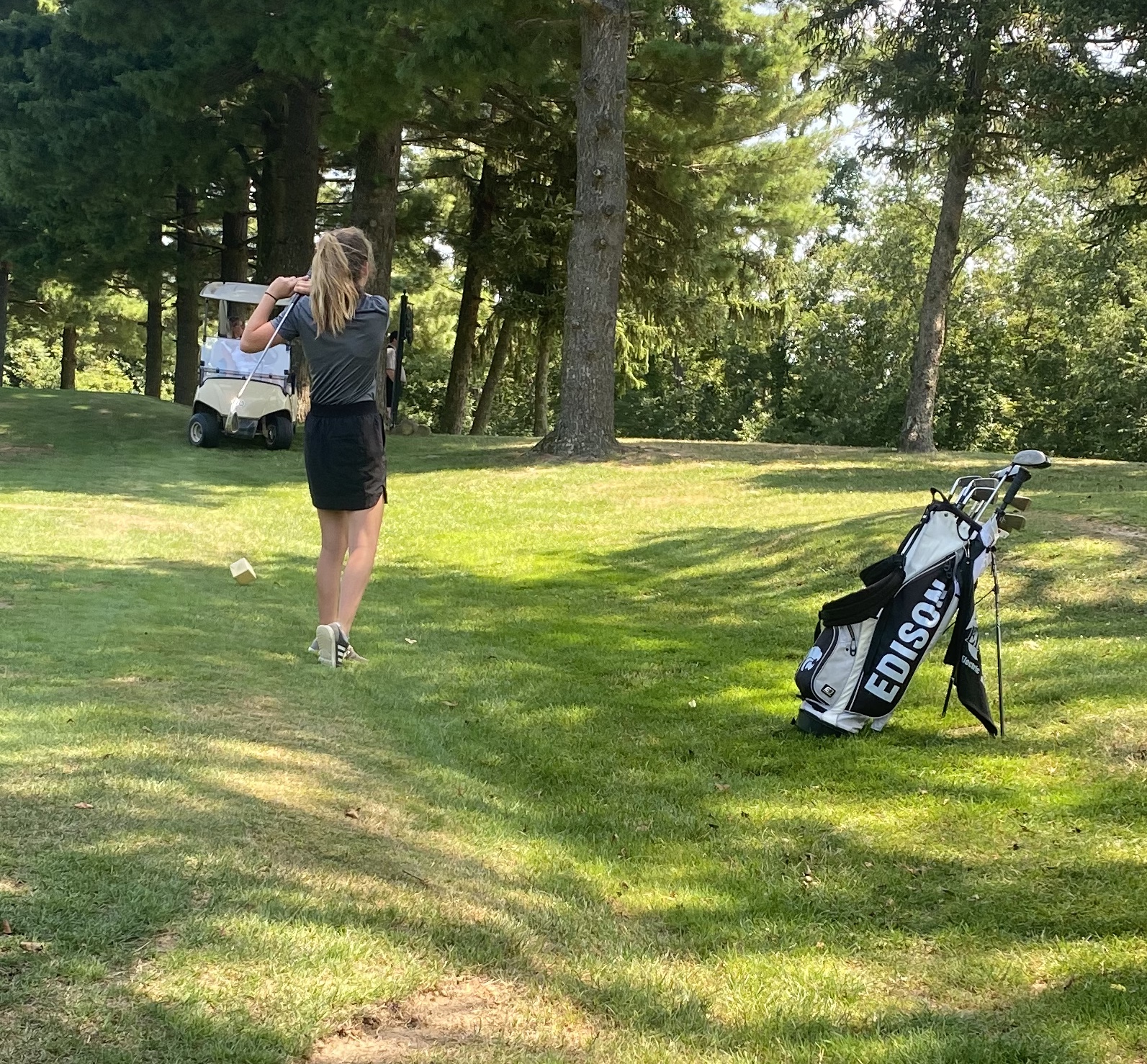 The Edison girls golf team defeated Toronto at Dyer Country Club. Makayla Wells earned her first medalist honors for the match with a 49. Zoe Shell was next for the Wildcats with a 51 followed by Carley Taylor with a 52 and right behind them was Pam Johnson with a 53. Nicole Zullo was next in scoring with a 58, sixth on the team was Emily Adkins with a 65, and Rylee Wells with a 69. The second round of the Buckeye 8 Championship will be on September 1 at Belmont Hills Country Club starting at 9:00 AM.